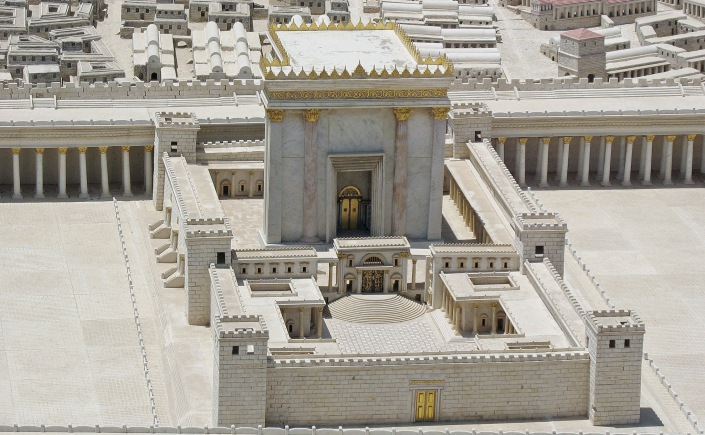 First, when reading the Old Testament, it is very clear that the reason God chose a people (Israel) for Himself was to make Himself known to all nations (2 Samuel 22:50; 1 Chronicles 16:8, 24, 31; Psalm 9:11; Psalm 46:10; Psalm 67:1-2; Psalm 96:3; Psalm 105:1 and many others!). And, the reason the church exists today is to make God known to all nations (Matthew 28:19-20). So, it is striking to read the Old Testament while observing the many parallels to the Church. Back to Micah and 2 Chronicles… Micah prophesied during the reigns of 3 of Judah’s kings–Jotham, Ahaz and Hezekiah. Jotham “did what was right in the eyes of the Lord, just as His father Uzziah had done, but unlike him he did not enter the temple of the Lord. The people, however continued their corrupt practices.” (2 Chronicles 27:2). King Ahaz “did not do what was right in the eyes of the Lord. He followed in the ways of the kings of Israel and also made idols for worshiping the Baals… and sacrificed his children in the fire…” (2 Chronicles 28:1-3).

Then comes King Hezekiah. “He did what was right in the eyes of the Lord, just as his father David had done” (2 Chronicles 29:2). In fact, “there was no one like him among all the kings of Judah, either before him or after him” (2 Kings 18:5).

When Israel fell into idolatry, they were no longer fulfilling their purpose–making God known among the nations. Similarly, when the church falls into idolatry, we no longer fulfill our purpose of making God known among the nations. If Baal and other false gods were the idols of Israel, what are the idols of the church? They are numerous. Here are a few I see:

Consumerism – We have adopted the American idol of consumerism by peddling church services, events, ministries, worship styles and programs to attract crowds and put up bigger numbers–by the way, this is true of both “contemporary” or “traditional” worshiping churches. We also fail to recognize that coming to church, giving some money and avoiding big sins does not equal Biblical discipleship. Consequently, our churches are full of “Christians” who have had about the same impact for the Kingdom of God as they had before their “conversion.”

Numbers – whether attendance, conversions or baptisms, we have idolized numbers over discipleship, and we have peddled an incomplete Gospel of “easy believism” in order to inflate our conversion and baptism numbers. We’ve also clung to methods of “evangelism” that give us conversions but seldom disciples leaving countless people innoculated to the Gospel and likely headed to a Christless eternity.

Tradition – in the absence of true discipleship, we have idolized pet programs and traditions and used attendance to church services and programs as benchmarks of spirituality. When faced with new (actually, very old) ways of evangelism and discipleship–like the early church used– we are very reluctant to let go of these traditions to get back on track with God’s mission, likely because we’re afraid of losing some consumers.

Knowledge – we have done exactly what James warned us not to do–we have idolized Bible knowledge over practice. While some would mourn the level of Biblical illiteracy in the Church today, I believe it is more of a lack of practice. Like my statistics class in college that I don’t remember because I haven’t used it since the final exam, Biblical knowledge that hasn’t been practiced is as if it was never learned in the first place. It’s gone–Poof!

So how does this relate to Hezekiah? Well, I believe it’s time to cleanse the temple. Hezekiah’s grandfather had good intentions, but he left the high places intact and when his son Ahaz became king, he went right back to idolatry. Hezekiah purged the temple, removed the high places and consecrated the priests. It’s time to rid the Church of idols like Hezekiah did. Some will say, “but that is just the culture we live in today and we need to be contextual.” I believe the only culture that we should be contextual with is the culture outside the church. If the culture inside the church is broken, it needs to be replaced. How do we know if the church culture is broken? Go back to the original purpose of the church. Are we making God known among the nations? No? Then we need to cleanse the church like Hezekiah cleansed the temple.

We need to return to the Great Commission of discipling people instead of merely “converting” them. Making disciples is the way we were instructed to make God known among the nations. Simply put, if we fail to make disciples, we fail to make God known. Yet, in most of our churches, we are content to wear ourselves out keeping consumers happy, trying to increase our numbers, fighting to maintain our precious (non-Biblical) traditions, and increase people’s Biblical knowledge (without putting it into practice)–all of this happens without making true disciples!

It’s time to cleanse the church–it’s schedule and calendar, too–to prioritize discipleship. It happens best through small groups of people who band together and die. They die to themselves and give their life away to reach people with the good news of the Gospel. What I’m describing is known as a “missional community” where life in the Kingdom of God becomes very tangible to those who come in contact with it. Yes, they study the Bible together, but more importantly, they put it into practice by living as missionaries to the culture they live in. If a local church was a network of missional communities, it would be a transformational force in any culture, any context and any community.