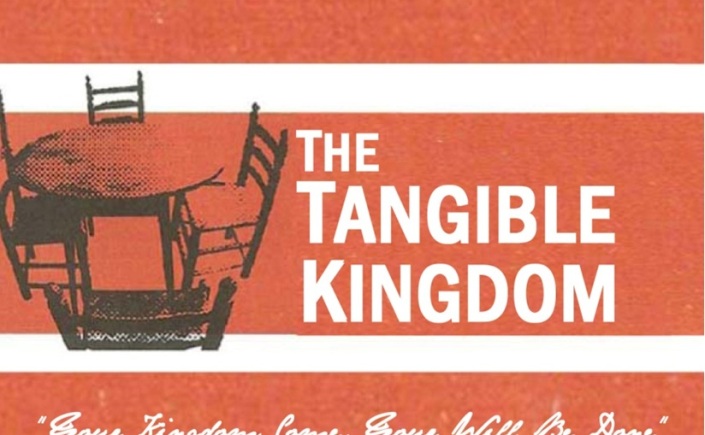 I stayed up late last night finishing off a great book. The book is called The Tangible Kingdom by authors Hugh Halter and Matt Smay. These two men partnered to write the book and plant a church in the Denver, CO, area.

One of the reasons this book has been so impacting is that it says so many things that have been on my heart lately. Along my 18 month journey of uncertainty, God was teaching me many things–through my own personal prayer and Bible study, my work on my master’s degree classes through Liberty University, and in talking to others. This book ties all of them together. This book gives me the language I have been looking for to communicate what has been stirring in my heart.

There was a time that I wanted to draw people into the church for a big Christmas production. I was involved in Thomas Road Baptist Church’s Living Christmas Tree which has had a wonderful heritage of ministry in Lynchburg, VA. This type of program would fall under the “attractional” model of ministry. Nothing wrong with that. The attractional model of ministry has been the mode of operation for most churches for decades with a great deal of success.

However, if you haven’t noticed, we are living in an ever-increasing post-Christian era. For many people, the church is no longer the place they think of first if they were to desire to connect with God. In fact, skepticism of organized religion is at an all time high–even among professing Christians!

Several years ago, I began to transition in my thinking about Christmas productions. Instead of trying to get the community into our building for a big, broadway-style production, I began to pursue opportunities for our Worship Ministry to go out into the community. In 2004, our Worship Ministry began to produce Peachtree City’s annual “Christmas At the Fred” Christmas Concert. It began that first year with about 300 people huddled at the Frederick Brown, Jr., amphitheater and ended last year in 2007 with nearly 2500 people! Unfortunately, budget cuts for both the city and our church put an end to the endeavor, but I am very thankful that for 4 years, we were able to go out into the community so people might experience the Kingdom of God in a tangible way.